Q: What was your last 5 star read?.
Illumicrate August 2022 Unboxing - Knowledge is Power ⚔️
Q: Favorite romance book you've recently read?.
Q: What's your favorite picture book or children's book?.
Q: What is your favorite book you read in July?.
Q: How has your summer been going? Do anything fun or anything you still want to do?.
Join 2,962 other subscribers 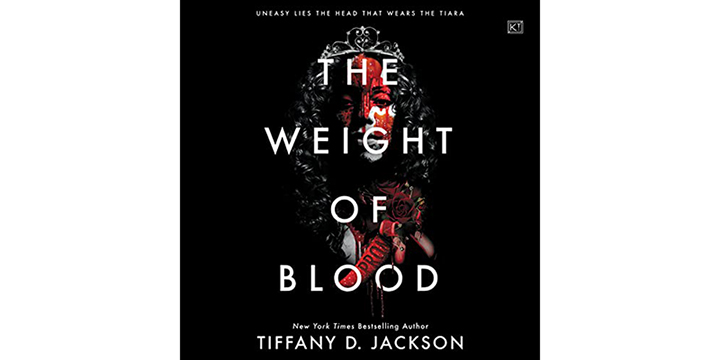 Tiffany D. Jackson is an auto-read author for me now and her latest novel, The Weight of Blood, which is a Carrie retelling, hits hard! Tiffany never disappoints – this book was a thrill from beginning to end!

The Weight of Blood is a Carrie retelling & homage to Stephen King. I’ve personally never read or watched Carrie, so going into this, the plot was new to me but will be familiar if you know Carrie.

This book is told in both podcast format and in multiple third-person POVs. The podcasts were episodes of a show called “Maddy Did It,” recounting the fateful night of prom when everything went wrong with most of the seniors at the high school dying, while the narration starts at the beginning and leads up to prom night.

Set in 2014 in a small town in Georgia, Maddy is an outcast at school – she has always kept her head down, doing what she must while keeping to herself. She never goes to school when it rains – but one day when she’s outside for P.E. class a surprise rainstorm takes them all by surprise. When Maddy’s hair gets wet, her secret is revealed – she’s biracial, but has been passing for white her entire life. That’s when things in this small (racist) Georgia town get interesting.

The school decides to have their first integrated prom as a show of unity and that the staff and students aren’t racist. This first sounded crazy to me – in the year 2014, a school still had separate proms for Black and white students? But Tiffany has said this still really happens and that alone is mind blowing to me.

I really felt for Maddy, she did everything she could to please her father and keep her secret, but this one weather moment changes everything. Maddy is punished, both mentally and physically by her father, but had nobody else to go to since her mother died in child birth according to her father. Everything changes once people find out she’s Black and the Black students at school try to use this incident to push for further equality.

I don’t want to give too much away but the story is incredibly fast paced and once you start it, you don’t want to put it down. Maddy’s entire life changes in a few short weeks from being a nobody to being invited to prom. A fire and explosion at prom cause many deaths and people blame Maddy – but afterwards, she is nowhere to be found – assumed dead among the many others.

This is both a mystery and thriller story with some paranormal thrown in – if you know the story of Carrie, you’ll already know what’s coming but if you don’t, I do recommend going in without knowing much like I did! I really enjoyed the story and the twists Tiffany threw our way. It’s not a Tiffany D. Jackson book without some big twists you never saw coming!

Since this is told in podcast and multiple third-person POVs, there is a full cast of narrators which I loved! I highly recommend listening to this as an audiobook, it really enhances the story and experience.

I’m giving this 4.5 stars and rounding up to 5 on Goodreads. Tiffany D. Jackson does it again with another incredible book! Her writing is so good from start to finish, she knows how to enrapture you for an entire novel. While this is categorized as horror, I wouldn’t call it too scary – its more of a mystery/thriller than horror!

5 thoughts on “‘The Weight of Blood’ by Tiffany D. Jackson – Audiobook Review”